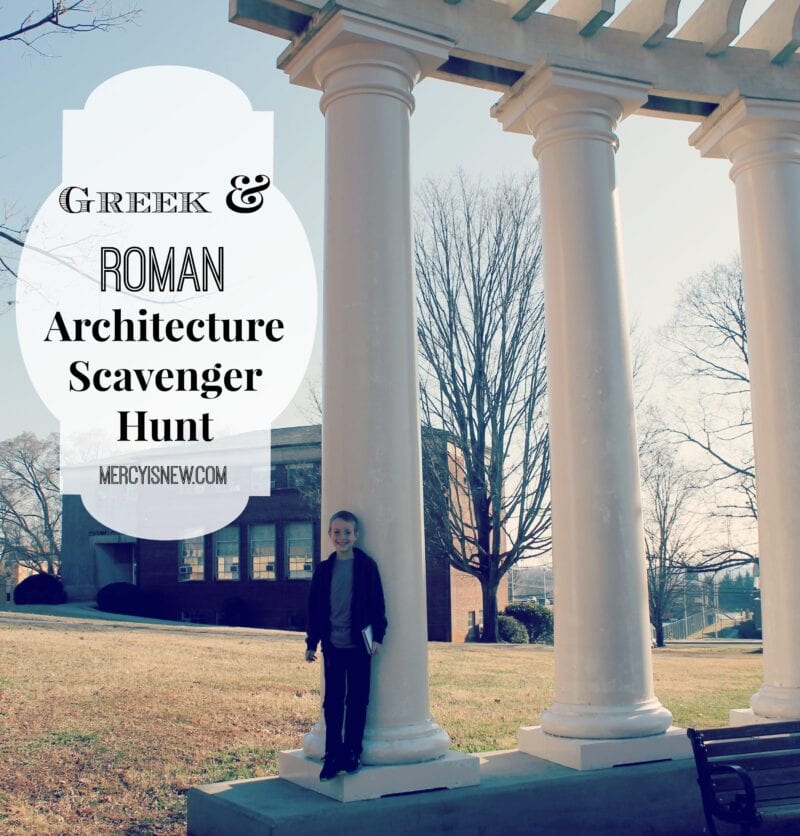 I love field trips! Kids love field trips! We learn SO much and I was amazed by this SIMPLE, low cost field trip and how much my son BLOSSOMED while we were out and about! This is definitely how my kids learn best AND enjoy learning: hands on, exploration, moving, OUTSIDE…any of those make learning experiences so much more rich!

Are you learning about Ancient Greece or Rome in your homeschool right now?? This is the perfect {and mostly free} field trip to learn about Greek & Roman architectural influences that can be found in your state and our country. Remember, the ROMAN ROADS also as you drive along…you can describe the process of how the Roman’s built the first paved roads!

There are 2 ways you can go about this scavenger hunt…without any planning time at all, you could hop in the car, drive around town and have kids point out any columns, arches, keystones, etc, that they see! I opted to go the google route because I figured there was a lot out there that I might never drive by if I didn’t know it was there. Make it fun! See who can spot the most columns on your trip. See who can find Corinthian columns first. Give a prize to the first person that can tell you the importance of the keystone.

You really can make this as in depth or low key as you want! I will tell you upfront, that for what we did, I spend 2-3 hours on google reading and searching for buildings in our area that had Greek and Roman architectural influences. I read a lot of history on Catholic parish pages to find out what their church design was based on. {Side note: these buildings are SO beautiful and the histories are so rich. I was so thankful for the churches that actually had a history of their building on their website!!} I clicked around a lot of dead links, but eventually found quite a few places in and around Knoxville, TN and Jefferson City that have some great things for us to see!!

These are the google searches I did to come up with the best results, just replace my town with yours! 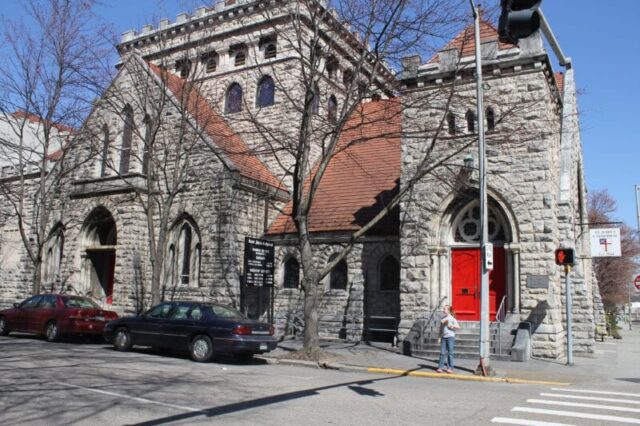 This church building is so beautiful. Probably one of my favorites!

This isn’t as pretty without the water filled in but this was an example of an amphitheater – which is what the Colosseum was in Rome. 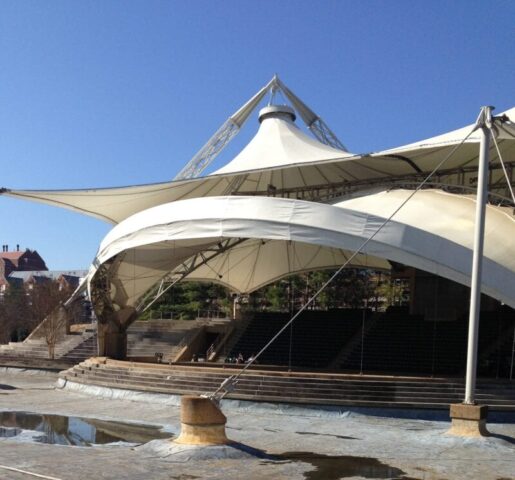 As we drove through downtown Knoxville, we saw MANY examples of the keystones that the Romans invented!! 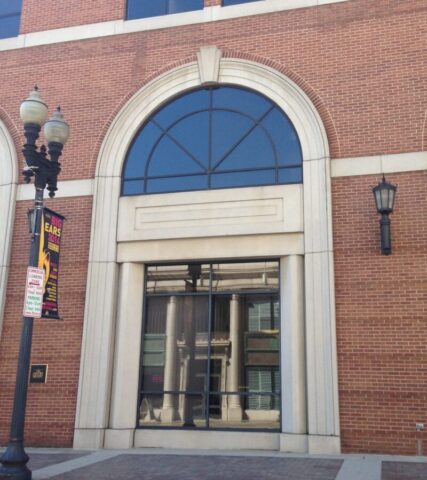 Yes, I snapped this as we were driving!! ha!!

This building was a city hall, TN school for the deaf, and is currently the Law Dept. at Liberty University’s extension in Knoxville. 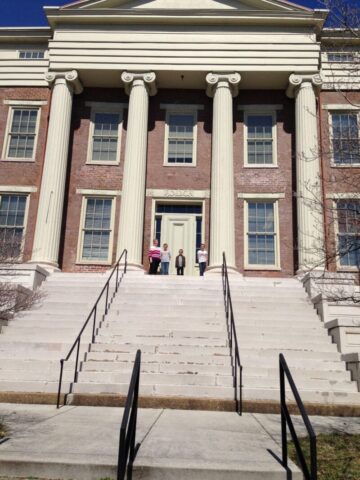 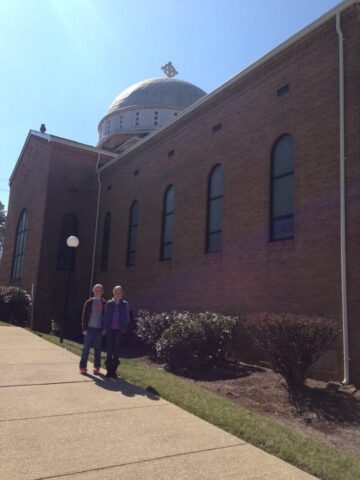 This is my Alma Mater! And this is the dorm I lived in! Woo-hoo!! Loved walking through campus with my kids! 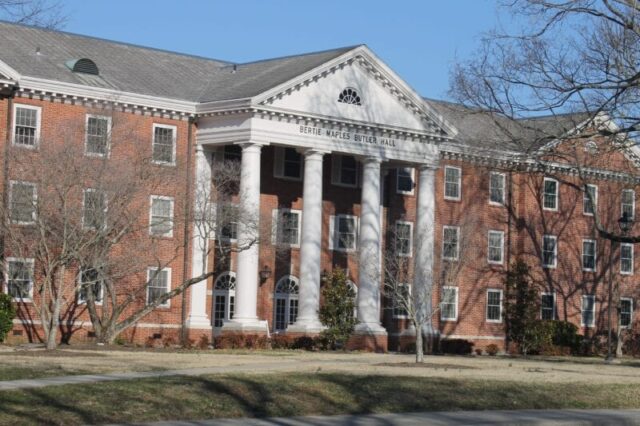 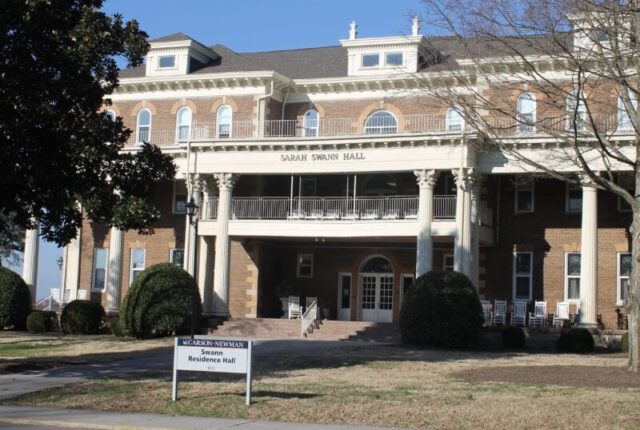 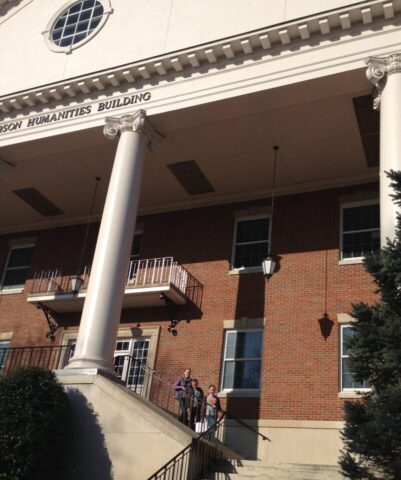 I can’t believe how many buildings had columns that we had never noticed before!! When we were looking at the columns, we would discuss whether they were Ionic, Corinthian or Doric. By the end of the day, my kids knew these types very well! I also had them draw each place that we stopped in their journals, they labeled them also. 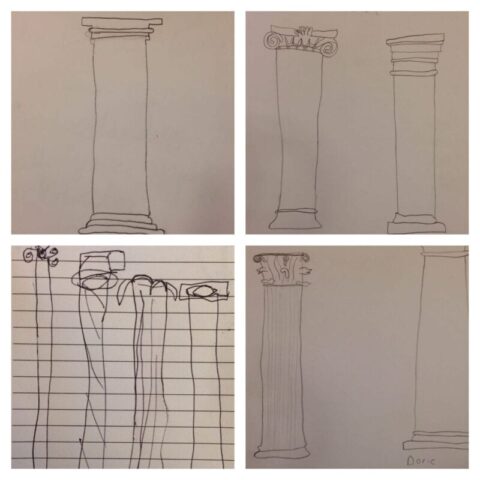 After we spent the morning looking at the architectural influences in Knoxville, I also searched for authentic Greek food in our area! We came up with several options, actually! We ended up deciding on Ephesus Grill, mostly because I loved the name and it had great ratings on Urban Spoon.

So, before you go on your scavenger hunt, google “greek food in my city” and see what you come up with!! You can also use the Urban Spoon app (or other ratings) to find out what is actually GOOD and AUTHENTIC. 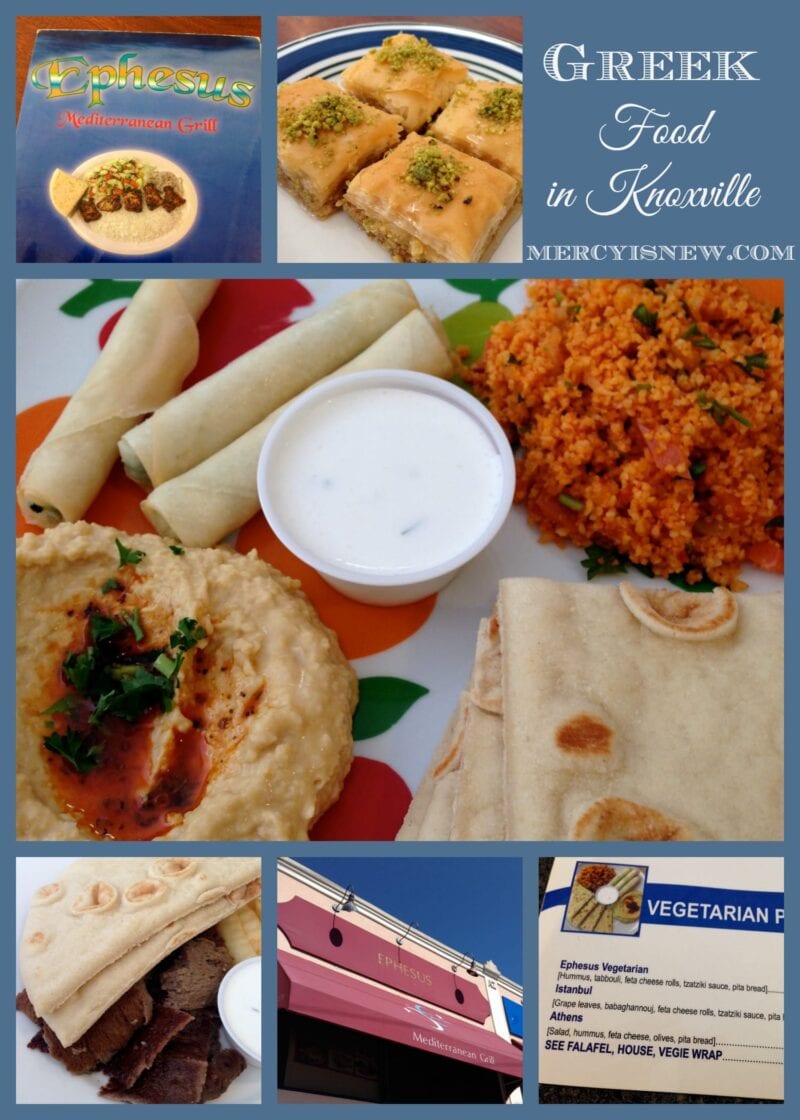 Now, if you’re closer to Nashville, you have to visit the Parthenon!! Wish we were a bit closer!!