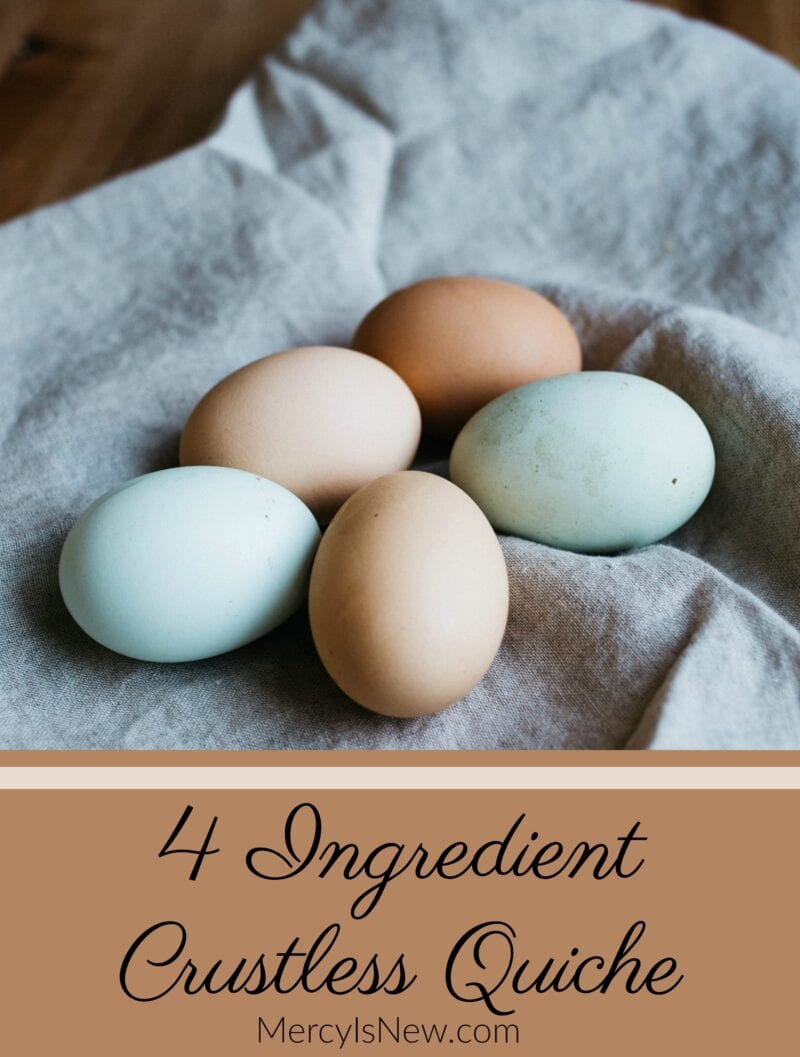 Last week I tried this for dinner one night sort of by accident. I had been wanting to have quiche (with all our fresh healthy eggs!!) but kept forgetting to buy a refrigerated crust AND never had time on the days I thought about it to make my own. So, I decided to try one without a crust – healthier for us anyway!!

So, not only is this dish EASY to prepare, it is also gluten free AND good for you!! If you make it without the milk (which I have done before) you get a thicker quiche and then you have a simple THREE ingredient meal!! Woot! If you haven’t been around these parts long, you may not know that I really don’t love cooking but still want to provide fairly healthy meals for my kids. See my 20 meals for moms that hate cooking!

This was SO simple and ALL of my family liked it and asked for seconds, including my most picky child. I posted on instagram that night that it was a momentous occasion indeed. I honestly think it was the first meal they all truly loved!

1 lb sausage, browned & drained
8 eggs (use 10 eggs for a larger dish and less sausage/egg ratio)
2 cups shredded cheese
1/2 – 1 cup milk (I’ve done without milk before. The milk makes it a little fluffier and it just gives you a thicker quiche!)

**Optional – add spinach or any other veggies to this very forgiving recipe for an even healthier option!

**For yet more variety, try adding in different cheeses combined with the cheddar. Use a combination of cheddar, mozzarella, and parmesan. 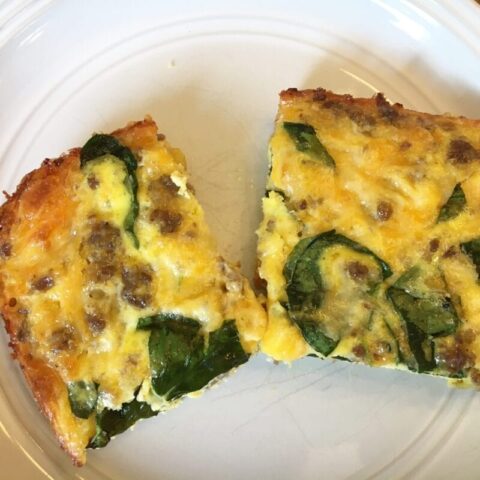 Brown sausage, drain and set aside. In a mixing bowl, scramble up the eggs and milk. Add cheese and sausage, mix all ingredients well.  It makes a very thick mixture!

Pour into a greased 9 inch pie plate. Bake at 350 for 40 minutes or so. The top will be pretty browned when it is fully cooked all the way through. It tastes yummy browned. 🙂 I cut these into 8 pie slices and served.

I’ve also used a full dozen eggs and a 9×13 pan for a larger quiche.

Next time, I’m going to make 2 of these at once. My family all wanted more and it was gone! 🙂

AND we have lots of leftover Easter ham, so this month we are going to have this same recipe with ham instead of sausage. 🙂

Here’s another easy and {so good} recipe for you! Using the crockpot…my kitchen BFF. 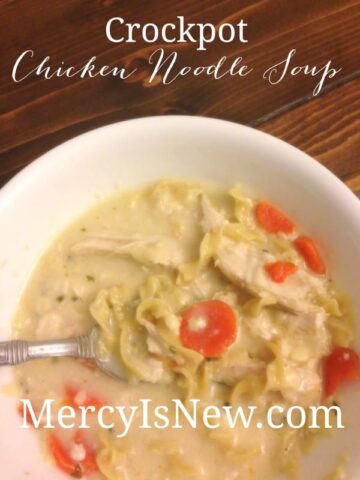 Linking up with Thrifty Thursday.

I hope you will consider subscribing to my blog to receive encouragement from God’s Word and learning to Pray God’s Word. My current freebie is a Quick Guide and How-To for Praying the Scriptures! 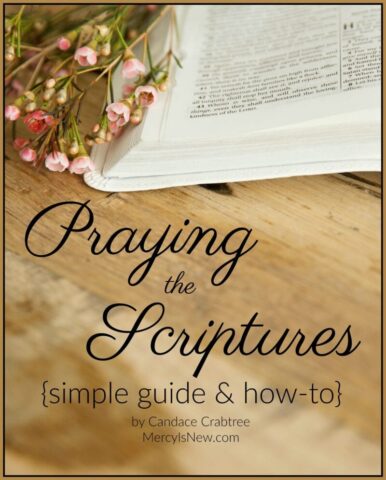 Head over my shop to find encouraging devotionals, printables, and more!