My friend, Linda, who we meet with weekly for our little co-op, had a wonderful Lego lesson prepared for us last week to teach the kids some of the differences between a communist society and a democratic society. It was such a great idea that I had to share with you all!

First, we gave Legos to the kids and told them to build their own house, whatever they wanted it to look like. We gave them 10-15 minutes to complete their homes. 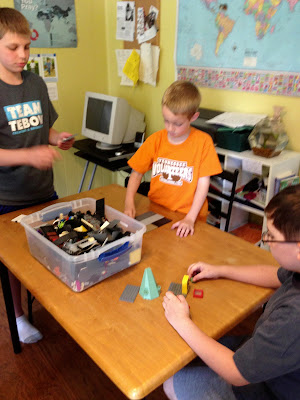 We told the kids that we were living in a democratic society and that they could go to college and study to become just about anything they wanted to be. So, she passed out job titles telling each child what their career was. She gave each child Monopoly money according to their job. 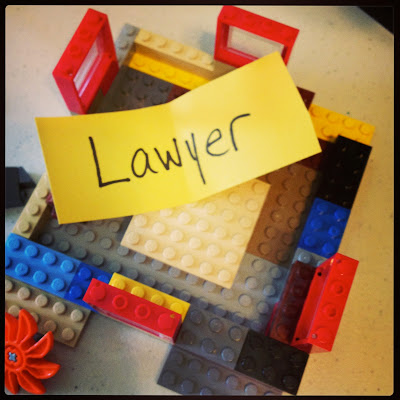 Then, we had an election. Our candidates were the mini-fig characters from Lego. 🙂 We told the kids that living in a democratic society allows us each to have our vote in elections and to help choose our leaders. 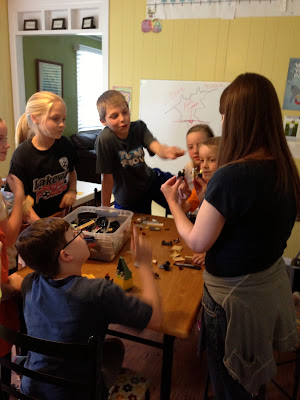 Next, Linda said we were going to show the differences and what it would be like if our society was communist.

First things first, no elections, but this fellow was their new leader: 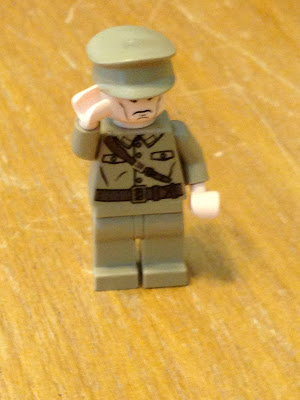 After we had our new leader in the communist society, Linda proceeded to go around the room and take everyone’s black and gray blocks out of their homes – they could only use the colors given to them by the government. Then, she took all of the money from their previous careers and divided it up equally. Then, she told them they couldn’t have 2-3-4 kids, but only one.

This was a GREAT visual and discussion time for helping the kids to understand what it would be like to live in a different kind of society than we have in America.

If you’d like to read more American History topics from our past 2 years, go here!