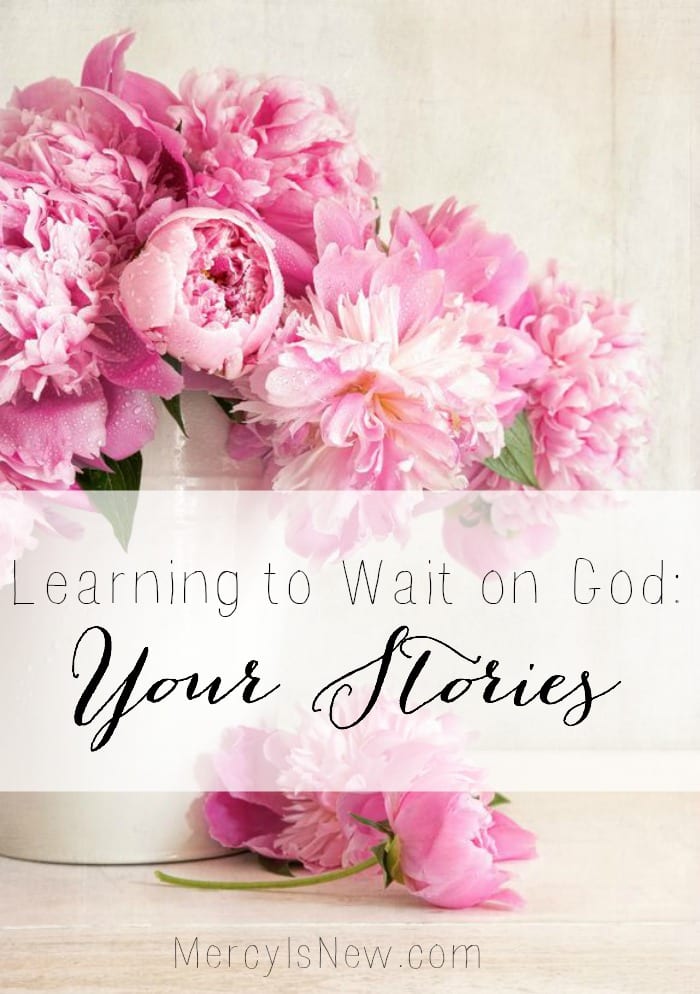 In September of 2010 we took our fourth daughter home from the hospital to our 800 square foot, two bedroom, one bath house. We bought the house in the summer of 2001 with our first baby on the way. Now, four babies later, the walls were starting to groan. (Or maybe that was just me.) We didn’t know it, but we had entered a long season of waiting.

The birth of this child inspired some big changes in our family: we started talking seriously about moving.  That turned into a four year process. Yes, four.  It was a period of waiting, wondering if we were doing the right thing, and trying to continue with life (including homeschooling) as best we could. In those years that passed we experienced a miscarriage, a robbery, a new pregnancy, and vandalism to our home.

We made repairs to the house. We went through two real estate agents and multiple price drops. We ended up selling the house, in 2013, for much less than we owed, which meant we had to come up with a lot of money for closing.

Before we closed on the house we were selling, we were living in an unfinished rental, and we had no idea where we were going to end up.

You might think that after we signed the papers selling our house our waiting season was over.

The rental house was old and perched on a hillside overlooking the Ohio River. No wall inside the house was plumb. We were invaded by stink bugs. My skin broke out in horrible welts that even my dermatologist couldn’t explain.  The house underwent extensive repairs the entire time we lived there. (It was owned by the son of a church friend, and the rent was low.) Because of these repairs the basement was often open, exposed to the outside. Two nights after we moved in, I went into labor with Baby #5.

The worst thing about this time? No laundry facilities. No washer. No dryer. One baby boy. Four little girls. It was not a good recipe.

Weeks stretched into months. We were house hunting all the time, making huge lists to look at with our agent and reading Craigslist, Facebook, and other sources. We found houses we liked that we couldn’t get. We hated some houses that we could afford, or we worried about the neighborhoods.

The plan had been to stay a “month or two” while we found a house, but that wasn’t working out. Now we started to doubt what God wanted us to do. Did God want us to consider a larger change for our family?

My husband asked around and sent out emails to discreet friends. Should he pursue pastoring? Should he look for a more lucrative job to provide for us? He considered a complete career change that would have moved us to Texas. We prayed a lot.

Life in the rental was not life in our dream home, to say the least. There were times we felt like God wasn’t listening to us. Sometimes we felt isolated. We often felt poor. 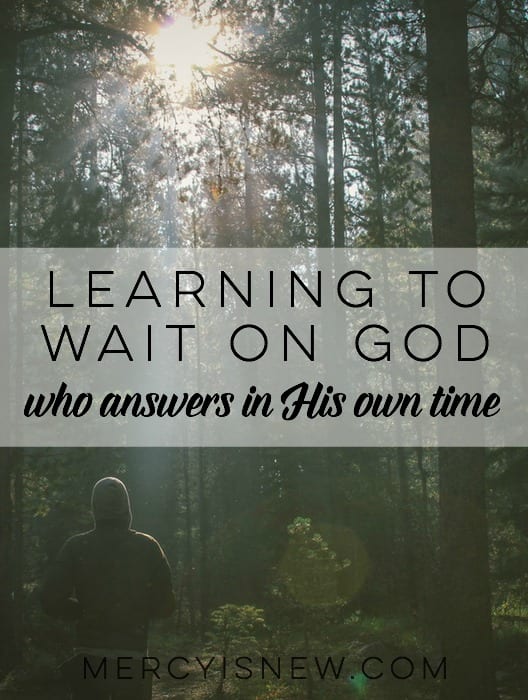 And we felt blessed. Why?

– God used other people to bless us financially. Someone paid a month of our rent. Someone gave us quarters for the laundromat. The low rent allowed us to save for a good down payment on our next house (a fixer upper that needed repairs of its own).

– God gave us the strength to do what seemed like hard things. One of those things sounds silly now but it was a big deal at the time: learning to navigate our rental’s driveway. The house was perched on a hillside and had the steepest driveway I’ve ever seen. Plus, there was a telephone pole right at the bottom. Many of our friends and family never did learn how to get up (and worse, down) this drive. But we did. (And we never crashed into the pole.) Doing laundry for a family of 7 without constant access to laundry facilities sounds nearly impossible, but we managed.

– God showed us the difference between needs and wants. We learned that we could live without a washing machine, a dryer, a dishwasher, and a microwave. We didn’t have all our possessions, because many were still in storage. So: fewer toys, fewer books, fewer games, fewer “extras” of any type.  We also lowered some of our standards. Paper plates? OK. Clothes worn and towels used more than once? Sure.

– God blessed us with lovely things to see, especially the view of the Ohio River. We watched the river and the changing seasons. My kids loved to seethe barges and boats passing. We also watched our baby boy grow and thrive. We made memories with each other that the kids still talk about.

– God taught us to accept help. I never went to my parents’ or grandparents’ houses without a load of laundry. Some friends helped us with our house hunt (and our eventual home repairs). Church friends brought meals. I much prefer never asking for help, but in this season we had to ask and we appreciated the help we were given.

And I would be a poorer Christian because of that. The God of the waiting time is also the God who answers our prayers.  If you’re in a waiting season it’s hard to see what God is doing. But He is never silent or absent. He is doing something, a work that may only be obvious when the waiting season has passed. Wait on Him and His timing. 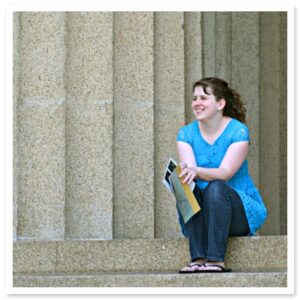 Karen duBarry is a homeschool grad and homeschool mom of 5 (soon to be six). She’s married to the love of her life, Philip. Her father and husband are both Baptist pastors, so she’s had an inside look at ministry life for as long as she can remember. She’s thankful that God saved her as a child and for His guidance throughout her life, whether in good times, bad times, or times of waiting. She spends any free moments reading, writing, and thinking about what to read or write next.
Karen blogs at Living Unabridged. You can also follow her on Facebook. Twitter, Google+, and Pinterest.
Share
Tweet
Pin
39 Shares
« Changes in Subscriber Freebies
31 Verses that Lead us to the Cross »