Something really cool that our small group at church does is have a Movie Night every other month. The leaders of our small group are a veteran homeschool family whose children are grown now. They have a love for great movies and good discussions.  So, we started watching some of their favorites. I have been so blessed by how many of these movies make you THINK and you can bring great questions to your children and carry on these conversations that might not have otherwise occurred.

This list contains Christian movies, of course, but there are so many movies out there that aren’t necessarily Christian movies but still are so great for having family discussions, shaping worldview, maybe even discussing things that we may not have agreed with in the movie, but we can still take away things to discuss with our children.

{Disclaimer: Please use your own parental judgement and wisdom in deciding if these movies are a fit for your family. Not all of these are appropriate for young children, even though I feel they make for great discussions! These may be best for older elementary, middle school and even high school students. You know your children best! Not all of these will work for each family.}

Note: Not all of the movies listed below are pictured in the above graphic.

I have marked all of my favorites with ** before the title! 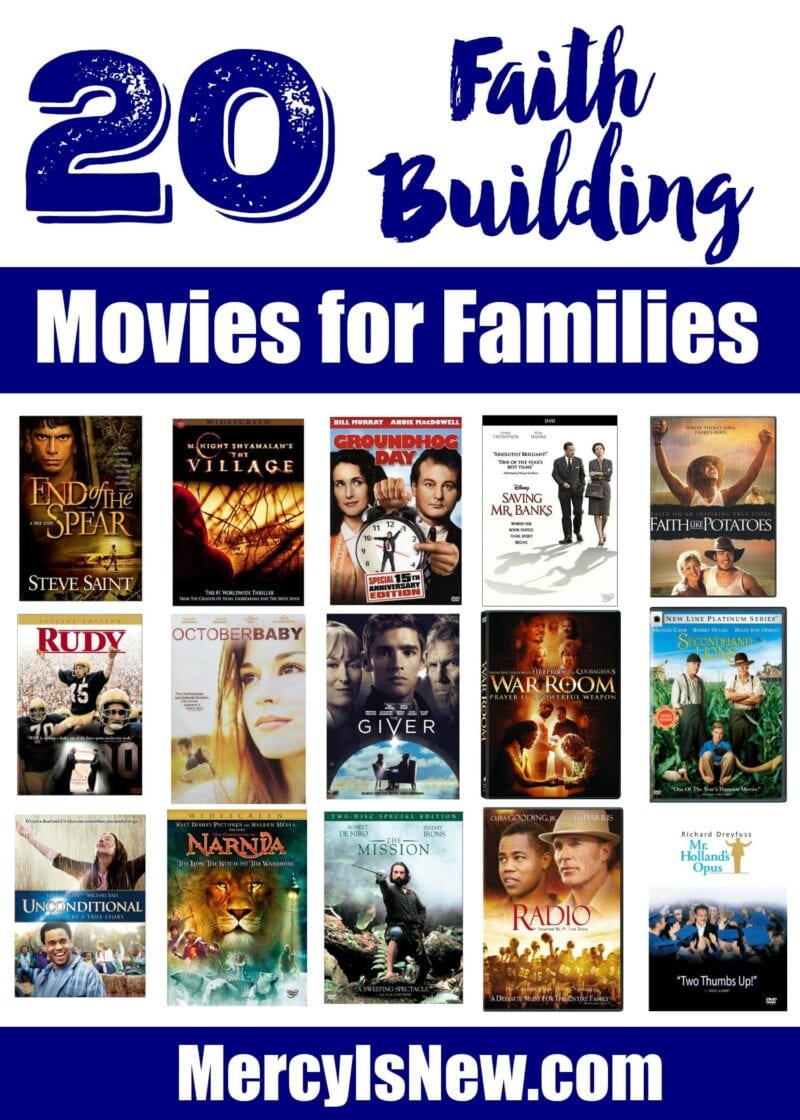 What movies would your family add to this list?